Sports and theology don’t usually mix unless you count players giving props to God for touchdowns and fans praying for divine intervention upon losing seasons (which of course we do count!). But we at TTC believe God is in all things, that the Modern split between sacred and secular is a farce. And this is a good thing. God isn’t a spoilsport.

The Theology of Sport

In case you haven’t heard, the Super Bowl is this weekend. Seems to me like a good time to look at the ‘Theology of Sport.’ Every year around this time the debate of ‘what Christians should do’ in regards to the Super Bowl seems to arise. What about churches that have evening or afternoon services on Sundays? Do you cancel them? Manipulate it to be longer, shorter? Incorporate the game into the meeting time? Should Christians even watch or participate in sports? All answers could be valid.

The question I want to touch on here goes a bit beyond those questions to how Christians should think about sports — about the games played, about watching, about participating and about winning. I have some links to resources and articles I’ve looked at recently discussing this issue.

The core of the issue is actually, I believe, the same as what Thomas Ladd posted below in his post entitled, “Misunderstanding Christianity’s ‘Negative’ Anthropology.” I’d suggest reading the whole post but a poignant excerpt is:

For what we believe humanity can be — what each human being can be — is even more than a restoration of the original image we bore. We believe that through the transformational power of the Spirit of God, those who believe in Jesus Christ are being made into His likeness!

I believe that “through the transformational power of the Spirit of God” all things– humans, nature, technology and sports are being moved from their current state of fallenness into a state of redemption. Sport, as a category, is not evil but because of the current fallenness of all things is as susceptible to evil as anything or anyone else.

The topic is too broad for me to get in-depth in one entry. Hopefully I’ll post more going forward. [Editor’s Note: Yes please!] But, for now, to help you think through the many aspects of the theology of sport, take a look at these links:

I also just looked over Tom Krattenmaker’s book, Onward Christian Athletes, which brings up many intriguing thoughts on the link between Christians and sports in this country.

And finally, Verite Sport has some very interesting articles and papers on the topic.

I worked as a sports reporter for several years for Portland’s newspaper website. I mainly worked in the area of high school sports. The worst thing I covered was a player dying or having a serious medical issue. I also worked in news for awhile and often covered war and death but when it was related to an athlete, especially high school or college, it took on a whole other meaning. I believe the issue is twofold. One, we believe athletes are in good physical condition and shouldn’t have these issues. But two, sport, in some sense, is not real. But death is very real and when the two meet fantasy and reality collide.

Sport mimics real life in a way that only sport can. We build each competition, each season, each race into a battle of good and evil. Just as, as Christians believe, real life is. Sport gives us a chance to either, by participating or being a spectator, see the human body and mind used in exceptional ways. Ways that must reflect, somehow, the image of God. Sport gives us a way to bond as community — the team, trainers and coaches or the local high school, city or state. Just as in real life we long for community in our families, workplace and with our Creator.

Humans get drawn to things that, whether we know it or not, show us a truer sense of ourselves and of God. I easily see how sport is one of those things on both counts. Sports fans see, that somewhere, at the core, the nature of sport reflects something true to a reality that is hard to see or more often hard to deal with. So, we like sports.

Therefore reporting on the death of an athlete or a sex scandal in a locker room was one of the worst things I had to do. It moves the unreal into the real — the evil is a true evil not the fabricated evil of a team losing or the wrong team winning. But, just as how there is another season in sports, there is another season in reality. There is a future hope. As Mr. Ladd wrote in his post below, “a future in which sin”…and death… “does not have the last word and in which your flaws and failures don’t have the final say when it comes to defining what you are.” 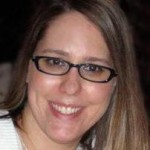 Bethany Sundstrom-Smith holds a Master’s Degree in Theology (Th.M.) with a focus in Media Arts from Dallas Theological Seminary. Her background is in journalism, marketing, and making lattes. She lives in Portland and runs Cadia Marketing.