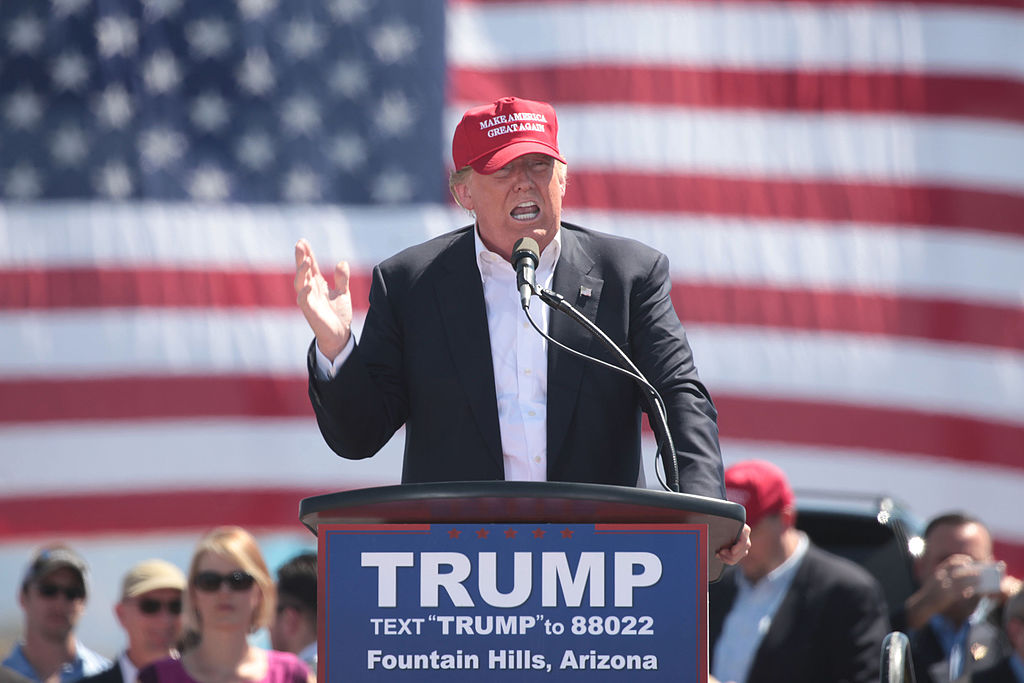 I’m firmly #nevertrump.
Trump insults everybody, lies for apparently no reason, and represents nothing that I would hope for in a president.
I know some of you hate, and I mean hate, Hillary. So, you’ll vote Trump.
But, the deeper I’ve dug, the less I understand the hatred for Hillary. I’ve always been an independent, and don’t agree with many policies on either side. I have no reason to defend her. To me, she seems well within the normal range of a politician. And that means two things—I disagree with some of her policies and she is slightly shady. As far as I can tell, that’s every politician in history. Surprisingly to many, there are even people who think Hillary is fundamentally honest and is a reasonable Christian woman.
None of that is my point, though, and I think you can and possibly should vote for a third-party candidate in this election, which I’ll get to later.
Why am I #nevertrump?  I have many reasons.  Since this is a blog about Christianity, I’ll talk about it from a Christian perspective.
How lucky and unbelievably blessed have we been in our recent American history to claim we can be “one issue voters”. Think about it. We’ve been able to not worry about any other issues, not worry that one of the candidates will start a nuclear war, do away with the first amendment, or be a Russian puppet. While we may think some candidates believe they are “above the law,” at least all politicians besides Trump believe there is a law to be above.
When I think of the overall themes of the Bible I see two – love God and love your neighbor. Not surprisingly, when Jesus is asked what the greatest commandment is he says,
“Love the Lord your God with all your heart and with all your soul and with all your mind. This is the first and greatest commandment. And the second is like it: Love your neighbor as yourself. All the Law and the Prophets hang on these two commandments.” (Matthew 22:37-40, NIV)
Do you know how many times the Bible mentions abortion? It doesn’t. Ever.
Listen, I’m firmly pro-life but agree that means pro-life in a holistic sense. And I understand how you get a pro-life stance from scripture. But if the Bible doesn’t even mention it specifically, is that what we should hang our hats on in this election and look the other way supporting a candidate who is the antithesis of scripture’s clarity of what is important?
The Bible continually and thematically, talks of treating others well, loving foreigners and even sacrificing for others. Trump is against these things.
Trump is for money and power and many people say they are voting for him because he’s been successful in business. (Even though many debate that thought, especially since much of his money came from his father.) But the Bible says, “For the love of money is a root of all kinds of evil.” (1 Timothy 6:10, NIV)
Please.  Trump stands for every sin and sickness that American evangelicals love to ignore.
Even though the seven deadly sins aren’t specifically listed in the Bible, it’s not a far jump to say scripture agrees. And Trump, clearly, and often outspokenly, thinks these traits are not sins but virtues: Lust. Gluttony. Greed. Sloth. Wrath. Envy. Pride.
Some may object that Hillary is as bad as Trump, but get real.
Hillary may be on the sketchy side, but comparing her and Trump is ridiculous. If you think the comparison is apples and oranges you are wrong. Trump is more like a venus flytrap, just waiting to devour you. Hillary might be a bit of a rotten apple, but she’s still an apple.
Thankfully, you can vote third party.
People say it’s throwing your vote away, but I disagree. You can do what you want. If you couldn’t, it would not be a free country. And a third-party candidate doesn’t have to get the majority of electoral votes, just enough to move it to the House of Representatives.
The third-party options are Gary Johnson, Jill Stein, and more recently Evan McMullin.
Evan McMullin is quickly becoming the favorite choice of #nevertrump conservatives, and for good reason. He’s polling high in Utah. (He’s Mormon.) He’s ex-CIA and seems to have a good head on his shoulders. You may need to vote for him as a write-in.
I suggest you watch this video of an interview with McMullin if you’re at all interested in a third-party option. It’s not nearly as tedious as I thought, and he actually explains well why he’s #nevertrump and why even Hillary (though he very much disagrees with her) would be a better choice over Trump. This video was enough to convince me that I should seriously consider voting for him, and probably will.

Bethany Sundstrom-Smith holds a Master's Degree in Theology (Th.M.) with a focus in Media Arts from Dallas Theological Seminary. Her background is in journalism, marketing, and making lattes. She lives in Portland and runs Cadia Marketing and Food Blog Usability.